Kendrick Lamar fights the urge for outside women in his new video for LOVE.

2017 was no doubt an exceptional year for Kendrick Lamar, and to end the year, he dropped a visual for his single, Love.

The new music video for his DAMN. album cut features the Compton rapper going through some trials and tribulations in his relationship with his leading lady.

The video starts off with K. Dot on the beach before we see him engaging in a laugh and a few intimate moments with his woman on top of their dining table. The scene quickly cuts to them having a heated argument at the same table, where dishes and glasses come crashing down before Kendrick sits by himself to drink away his stress.

The visuals show Lamar at a music video shoot surrounded by tons of beauties, where he neglects them as he thinks about trying to get his girl back. Finally, the couple makes up by the end of the music video where Kendrick is sporting a hoodie that reads “Lovely” on it.

2017 may be at an end, but 2018 still seems to have the spotlight on him. He’s nominated for seven Grammies at next year’s ceremonies; that includes almost all of the rap categories.

Check out the video below.

[CELEBRITY ENTERTAINMENT] : Cardi B is HILARIOUS on Jimmy Fallon 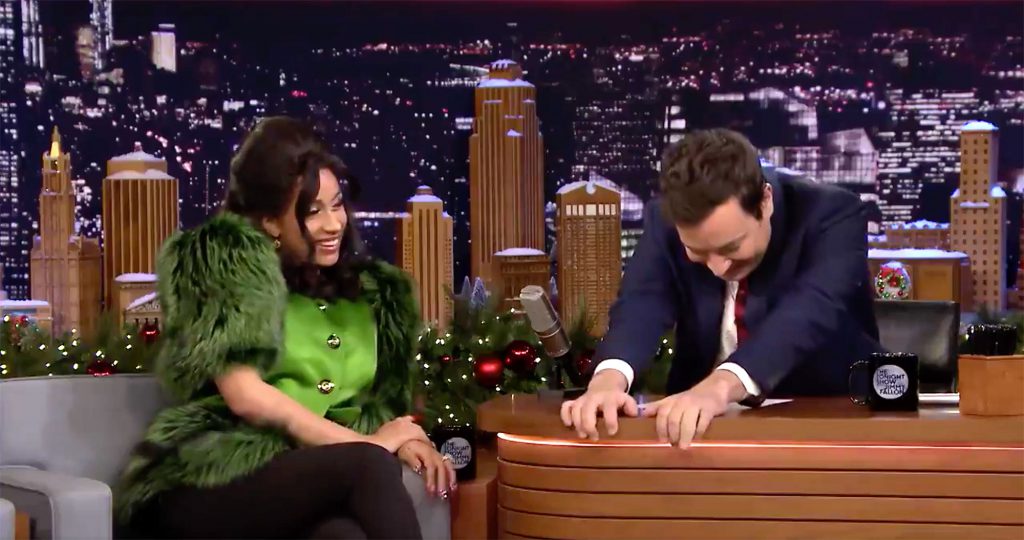